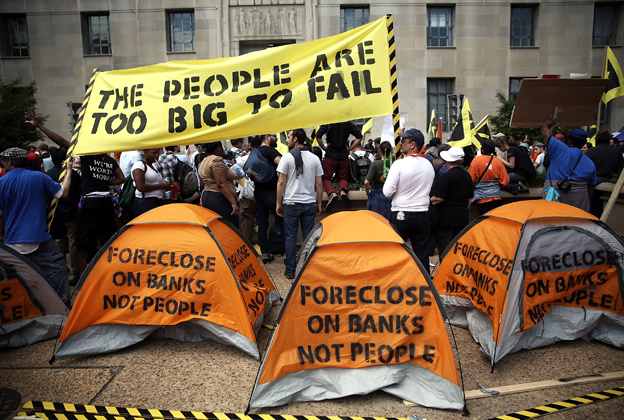 The slow but steady weakening of bank regulation is continuing. Responding to legislation passed by Congress earlier this year, the Federal Reserve just voted to propose new rules for a group of banks that are large but not gigantic. Congress had called for a review of banks with assets between $100 billion and $250 billion but the Fed proposals would affect some larger ones as well. In all, 16 banks would enjoy loosened restraints.

Much of the commentary on banks focuses on mega-institutions such as Bank of America, JPMorgan Chase, Citigroup and Wells Fargo. These corporations have certainly done the most harm to the economy and whose demise would have the most dire consequences.

Yet the next tier of banks have their own track record of misconduct that argues against relaxed oversight. Some of these offenses relate directly to financial risk while others do not, but they all point to the need for more regulation rather than less. Here are examples taken from Violation Tracker.

PNC Financial (total penalties: $472 million): in 2003 one of its subsidiaries paid $115 million to settle criminal charges of conspiring to violate securities laws (the deal included a deferred prosecution agreement).

Capital One (total penalties: $228 million): in 2012 one of its subsidiaries paid $165 million to settle  Consumer Financial Protection Bureau (CFPB) allegations that it deployed deceptive marketing tactics in its credit card business.

Charles Schwab (total penalties: $125 million): in 2011 it paid $118 million to settle SEC allegations that it made misleading statements to clients about one of its funds.

BB&T (total penalties: $93 million): in 2016 it paid $83 million to settle Justice Department allegations it knowingly originated mortgage loans insured by the Federal Housing Administration that did not meet applicable requirements.

SunTrust (total penalties: $1.5 billion): in 2014 it settled a case brought by the CFPB, the Department of Justice, the Department of Housing and Urban Development, and attorneys general in 49 states and the District of Columbia alleging that it engaged in systemic mortgage servicing misconduct, including robo-signing and illegal foreclosure practices. The settlement required SunTrust to provide $500 million in loss-mitigation relief to underwater borrowers and pay $40 million to approximately 48,000 consumers who lost their homes to foreclosure.

American Express (total penalties: $350 million): in 2017 it paid $96 million to settle CFPB allegations of having discriminated against customers in Puerto Rico and other U.S. territories by charging higher credit card rates than in the 50 states.

It’s interesting that the only institution on the list with a small penalty total ($203,000) is Northern Trust, which caters to corporations and wealthy individuals rather than the general public. If all the banks similar records, then perhaps some measure of deregulation might be warranted.

Yet as long as the large banks are as ethically challenged as the giant ones, they should continue to face strict oversight.