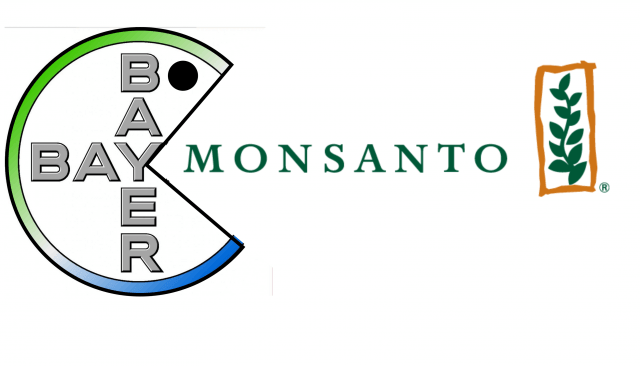 If the chemical industry spent as much time on product safety as it does on corporate restructuring, the world would be a healthier place. In 2015 DuPont spun off a bunch of its operations with tainted environmental and safety records into a new company called Chemours. Then DuPont engineered a merger with its longtime rival Dow Chemical, which had its own checkered history, to form DowDuPont. The combined company is now making more structural adjustments.

More changes are in the works in connection with the recently completed merger of German chemical giant Bayer and Monsanto. This is another case of a marriage between two highly controversial corporations.

Bayer was one of the German companies that combined in the 1920s to form IG Farben, which would go on to use slave labor during the Nazi period and was then split up after the Second World War. The largest of the resulting companies were Bayer, BASF and Hoechst (now part of Sanofi).

In 2003 documents emerged suggesting that Bayer was aware of serious safety problems with its cholesterol drug Baycol long before the medication was withdrawn from the market. In 2004 Bayer had to pay a $66 million fine in another criminal price-fixing case. A 2008 explosion at a Bayer pesticide plant in West Virginia that killed two workers led to regulatory penalties including a $5.6 million settlement with the EPA. A report found that management deficiencies played a significant role in creating the conditions that caused the explosion. Environmental and workplace safety fines have continued in recent years.

Monsanto, now absorbed into Bayer, was long one of the most hated corporations in the United States, due to the hardball tactics its employed in marketing genetically modified seeds and Roundup herbicides to farmers. It brought aggressive lawsuits against farmers accused of violating its patents. The company somehow managed to avoid antitrust charges, but in 2016 it was fined $80 million by the Securities and Exchange Commission for accounting violations relating to Roundup.

Bayer’s pursuit of Monsanto is part of its effort to brand itself as a life sciences company rather than merely a chemical producer. Its three main divisions are Crop Science, Pharmaceuticals and Consumer Health (the latter being what used to be known as over-the-counter medications such as aspirin, which Bayer is credited with inventing).

Of these, the most problematic is crop science. Bayer, along with DowDuPont and ChemChina (which bought Syngenta), increasingly dominate world markets for seeds, pesticides and related agribusiness products, giving them unprecedented control over the global food supply. This may give us a headache no amount of aspirin can relieve.