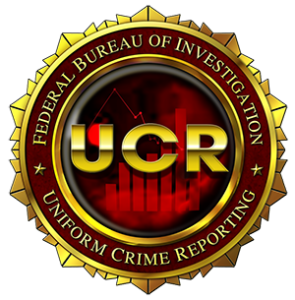 For more than 80 years, the Federal Bureau of Investigation has collected and published wide-ranging data on criminal activity in the United States. The bureau’s annual compilations provide exhaustive statistics on murder, rape, robbery, arson, motor vehicle theft and other forms of violent and property crimes reported by state and local law enforcement agencies across the country.

Implicit in the FBI’s methodology is the idea that crimes are only committed by individuals, whether alone or in gangs or Mafia families. The compilations give no indication that there is such a thing as corporate crime.

Ralph Nader has long been on a mission to get the federal government to pay statistical attention to crime in the suites. In a recent open letter to Attorney General Jeff Sessions, he renewed his call for an official database “including but not limited to antitrust and price-fixing, environmental crimes, financial crimes, overseas bribery, health care fraud, trade violations, labor and employment-related violations (discrimination and occupational injuries and deaths), consumer fraud and damage to consumer health and safety, and corporate tax fraud onshore and offshore.”

The letter argues that such a database would help deter corporate crime by giving prosecutors, regulators and judges information to assess appropriate sanctions, especially for recidivist companies. It also notes that the data would help federal procurement officials identify companies that fail to meet the “responsible contractor” standard in the Federal Acquisition Regulation.

I’m proud to say that I am not only one of the co-signers of the letter but that the document cites Violation Tracker as an example, along with the University of Virginia Law School’s Corporate Prosecution Registry, of non-governmental efforts to fill the federal void.

Violation Tracker attempts to meet a number of the criteria set forth in the open letter, including the collection of data on a wide range of corporate misconduct categories, the ability to search by company name, links to ultimate parents, and compilations of the cases associated with each parent and each agency.

We also include links to the official source documents from which we derive the data. This is worth noting: federal agencies and the Justice Department already publish information on individual cases, whether in the form of press releases or periodic reports. The PACER database provides online access to dockets and documents in federal lawsuits of all kinds.

What Violation Tracker does – and what the open letter says the federal government should do – is to compile that disparate information and make it easy to learn the track record of individual corporations. The open letter also calls for an official database that also does something that Violation Tracker currently provides in a limited way: “analysis of trends in corporate crime and an explanation of the relative effectiveness of various conventional sanctions, and the potential of new sanctions.”

Although a DOJ spokesperson told Corporate Crime Reporter that it is reviewing the open letter, it is unlikely that the federal database will appear anytime soon. But it is worth remembering that there is a precedent for turning a non-profit database into a federal resource. The FedSpending database of federal contracts and grants created by OMB Watch served as the basis for the official USAspending resource.

I would be happy to see Violation Tracker used in the same way, but for now I will go on collecting data so there is at least an unofficial way to research corporate crime and misconduct.