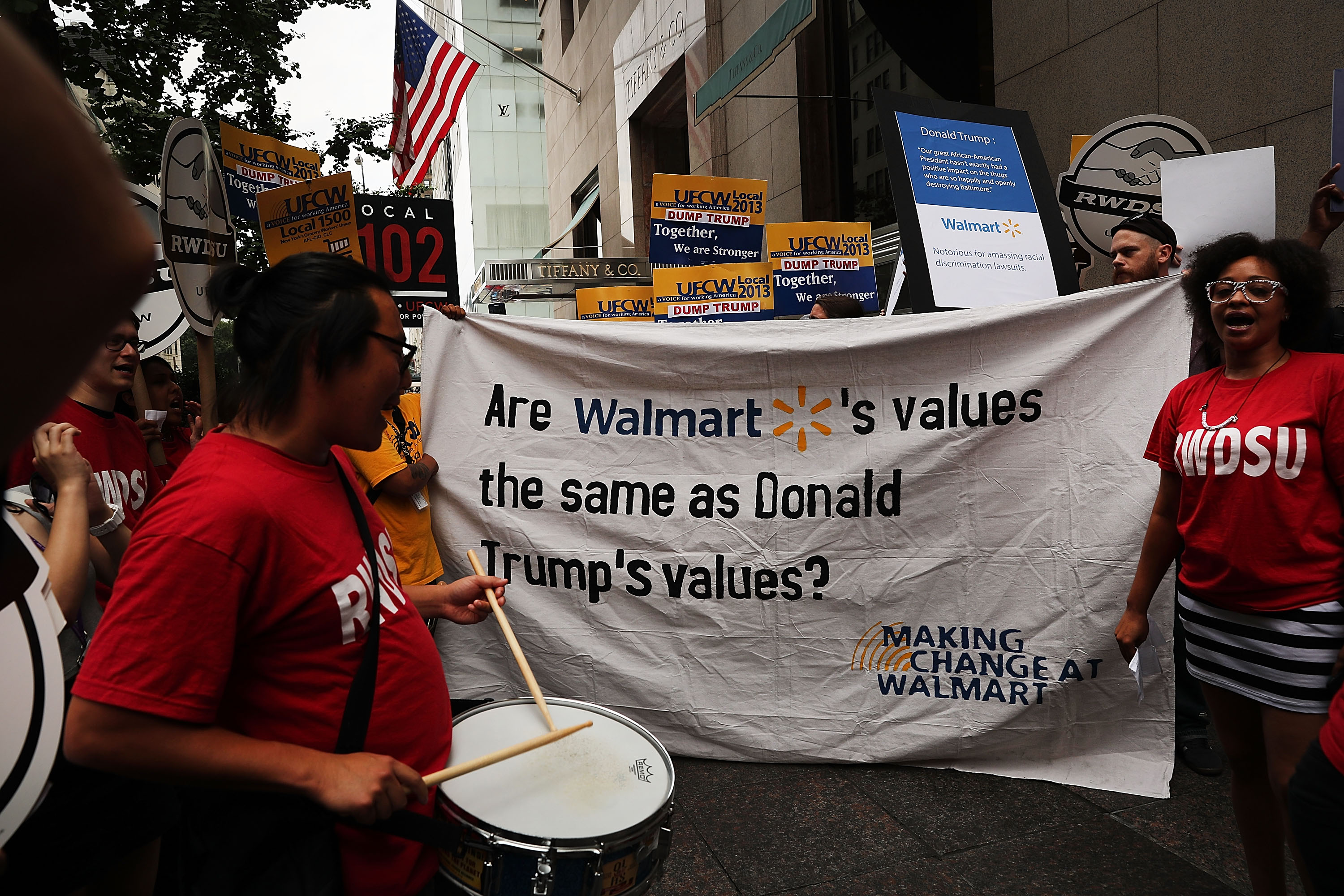 Donald Trump got a lot of mileage during his presidential campaign from criticizing the poor record of wage growth during the Obama era. Since taking office he has done nothing to directly address the issue. In fact, his administration’s attacks on labor rights have made it more difficult for workers to push for higher pay through unions.

Instead, Trump and his Republican allies in Congress came up with the cynical ploy of promoting their massive corporate tax giveaway as an indirect way of boosting paychecks. The right has always tried to lure labor with the promise of higher net pay that would come from reduced withholding schedules. Yet this time the claim was that companies would respond to reductions in their tax liabilities by boosting gross pay.

From the perspective of labor market dynamics, this made no sense whatsoever. There is no direct tie between corporate tax rates and wage levels. Most of the U.S. public seemed to understand this and expressed little enthusiasm for the tax bill.

Now, however, selected corporations are in effect colluding with Trump by announcing selective wage increases that they claim are inspired by the corporate tax reductions. Walmart is the latest and largest of the employers to play this game with plans to increase starting wages for its “associates” to the princely sum of $11 an hour. Some employees will be awarded one-time bonuses ranging from $200 (for those on the job for less than two years) to $1,000 for those hardy souls who have stuck it out for 20 years.

This plan, like the ones announced by the likes of AT&T and Wells Fargo, is far from a market response to lower taxes. These companies are no doubt using the increases to curry favor with the White House in the hope of better outcomes in their federal regulatory problems.

Then there’s the fact that these are increases that Walmart in particular had to make in response to previous wage hikes at its competitors. Even so, Walmart’s increases will leave many of its employees short of a living wage.

Another reason to doubt these moves are tax-inspired acts of generosity is that the companies involved each have a history not only of keeping wages down but of taking steps to deny workers the full pay to which they were entitled. In other words, all three have a history of wage theft.

Walmart, of course, was long the most notorious employer in this regard. It found myriad ways to get employees to work off the clock, thus violating the minimum wage and overtime provisions of the Fair Labor Standards Act. In the late 2000s Walmart was fined $33 million by the Department of Labor’s Wage and Hour Division and paid out hundreds of millions of dollars more to settle a slew of private collective-action lawsuits.

These settlements provided some necessary relief, but the amounts probably don’t begin to approximate the full extent to which the companies shortchanged their workers.

Consequently, whatever voluntary pay increases the companies are offering now can be seen as additional reparations for their past sins of wage theft.

If the management of Walmart really wanted to solve its compensation shortcomings once and for all, it would at long last recognize the right of its workers to form a union and bargain collectively.

Note: the litigation figures cited here come from data being collected for a forthcoming expansion of Violation Tracker.