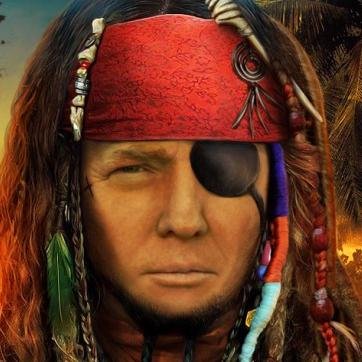 It appears that the Trump Administration will not rest until every last federal regulatory agency is under the control of a corporate surrogate. The reverse revolving door is swinging wildly as business foxes swarm into the rulemaking henhouses.

Among the latest predators is Alex Azar II, who was just nominated by Trump to head the Department of Health and Human Services, a position Tom Price had to vacate amid the uproar over his excessive use of chartered jets for routine government travel. Until earlier this year Azar was the president of the U.S. division of pharmaceutical giant Eli Lilly.

Azar apparently shares Price’s abhorrence of the Affordable Care Act, but he also brings the perspective of a top executive for a drug company with a particularly sordid track record. For the past 40 years Lilly has been embroiled in a series of scandals involving unsafe products and the marketing of drugs for unapproved uses. Among the many cases were some that involved criminal charges.

In 1985 Lilly pleaded guilty to charges that it failed to notify federal regulators about deaths and illnesses linked to Oraflex.  The company’s former chief medical officer entered a plea of no contest to similar individual charges. A Justice Department report put the number of deaths the company had covered up at 28.

In 2009 the U.S. Justice Department announced that Lilly had agreed to pay a $515 million criminal fine as part of the resolution of allegations relating to the illegal marketing of its schizophrenia drug Zyprexa.

The company has also faced bribery allegations. In December 2012 the U.S. Securities and Exchange Commission announced that Lilly would pay a total of $29.4 million to resolve charges that some of its subsidiaries violated the Foreign Corrupt Practices Act by making improper payments to win business in Russia, Brazil, China and Poland.

Violation Tracker’s tally on Eli Lilly amounts to $1.49 billion in penalties since 2000.

Meanwhile, the Senate has confirmed (along party lines) the Trump Administration’s nomination of coal mining executive David Zatezalo to head the Mine Safety and Health Administration. For seven years Zatezalo served as chairman of Rhino Resource Partners, where he clashed with MSHA over the company’s safety problems. The agency issued two rare “pattern of violation” warnings against the company. Violation Tracker contains 160 cases involving Rhino with total penalties of more than $2 million.

And given the headlong rush by Congressional Republicans to pass their tax legislation, it should be noticed that the Trump Administration’s interim head of the Internal Revenue Service (following the resignation of John Koskinen, who had been named by Obama) is David Kautter, who spent most of his career at the accounting firm Ernst & Young, which now prefers to be called EY.

Kautter was in charge of the tax compliance department at Ernst, which to a great extent meant helping clients dodge their fiscal obligations. In 2013 the firm had to pay $123 million to settle federal criminal charges of wrongful conduct in connection with illegitimate tax shelters (it was offered a non-prosecution agreement).

The phrase regulatory capture used to refer to tendency of agencies to gradually become more sympathetic to the needs of the industries they were supposed to oversee. Under Trump that process has been accelerated, with regulatory posts being given to individuals who are already corporate insiders or shills for the worst the business world has to offer. More than regulatory capture, it is the corporate crook conquest of the executive branch.