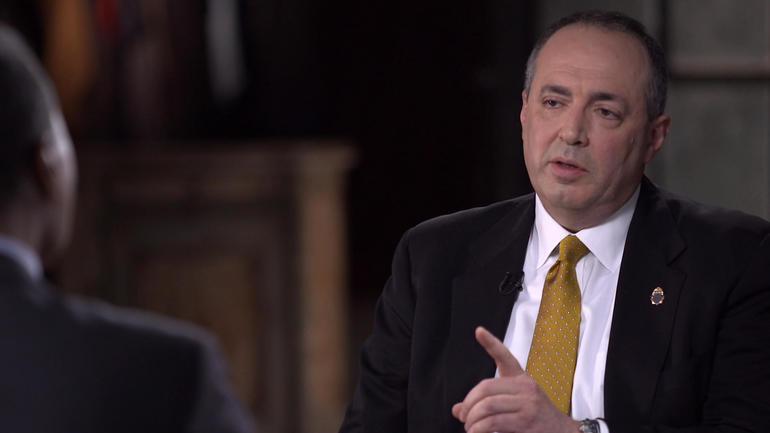 The withdrawal of Tom Marino’s nomination as national drug czar is a reminder of the power of whistle-blowing and aggressive investigative reporting, while the fact that he was named in the first place is a reminder of the hollowness of the Trump’s Administration’s commitments to draining the swamp and to seriously addressing the opioid epidemic.

Yet there is much more to be done beyond denying a high-profile job to the Congressman who did the pharmaceutical industry’s bidding in weakening the Drug Enforcement Administration’s ability to thwart illicit distribution of prescription painkillers.

The first step, of course, is for Congress to undo the damage caused by Marino’s bill, which Democrats and Republicans alike allowed to be enacted with little scrutiny. Also needed are reforms to the revolving door system, which the excellent reporting by the Washington Post and 60 Minutes and the revelations of DEA whistle-blower Joseph Rannazzisi (photo) showed to play a key role in the story as former DEA officials working for the drug industry or its law firms helped to draft and promote the legislation.

If the scourge of opioids is to end, there will have to be much stronger enforcement of the Controlled Substances Act (CSA), the law that forms the basis of U.S. drug control policy. For a long time, it appeared the problem was that the CSA was being enforced too strictly, at least when it was applied to drug users and low-level drug sellers.

Starting about a decade ago, federal officials and prosecutors began to pay attention to the pernicious role played by the supposedly legitimate drug industry. In 2007, Purdue Pharma’s Purdue Frederick Inc. unit and several of its executives pleaded guilty to criminal charges of misleading the public about the addictive nature of its OxyContin pain medication and paid more than $634 million in penalties. That case was brought by the office of the U.S. Attorney for the Western District of Virginia in cooperation with the Food and Drug Administration, not the DEA.

During the following years, the DEA began to bring its own enforcement actions under the CSA or referred cases to the Justice Department for prosecution. According to data I have collected for Violation Tracker (some of which has not yet been posted on the site), there have been about 80 CSA actions against drug companies, distributors or healthcare providers since 2008.

It’s notable that the penalties in these 80 cases combined amount to less than that imposed on Purdue alone. Moreover, all of the cases were brought as civil rather than criminal actions. I found one corporate CSA criminal cases but it was not brought against a healthcare company or retailer but rather against United Parcel Service, in connection with its role in delivering shipments from illegal online pharmacies. And in that case UPS was offered a non-prosecution agreement that essentially nullified the criminal charge.