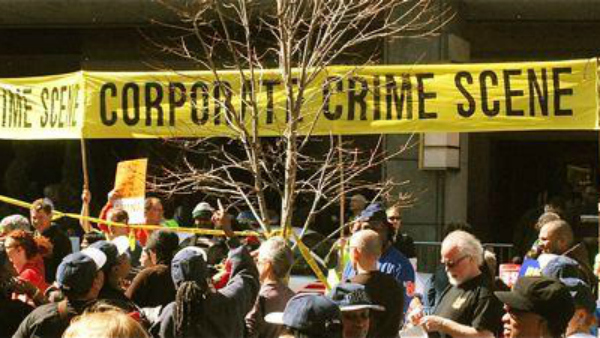 When a new corporate scandal arises, there is a tendency on the part of many observers to treat it as a complete surprise — as something that could not have been anticipated.

The truth is that large companies are rarely first time offenders. If you look into their background, you are likely to see evidence of past behavior that presaged the recent misconduct.

It is now easier than ever to research that track record thanks to a major expansion of Violation Tracker my colleagues and I just rolled out. We posted an additional ten years of data, extending coverage back to 2000 and in the process nearly doubling the size of the database to 300,000 entries. Together, these account for $394 billion in fines and settlements — 95 percent of which was assessed against 2,800 large parent companies and their subsidiaries.

Take the example of Equifax, which is at the center of a growing scandal over its apparent negligence in protecting personal information and its delay in reporting a major hack. Violation Tracker shows that early this year the company was fined $2.5 million by the Consumer Financial Protection Bureau for using deceptive means to lure people into purchasing costly credit-protection services. The company was also ordered to provide $3.8 million in restitution to affected customers. Over the previous two decades, Equifax was fined three times by the Federal Trade Commission.

The announcement by the CFPB last year that it was fining Wells Fargo $100 million for creating bogus customer accounts — a scandal that has subsequently mushroomed — was far from the first time the bank had gotten into trouble for questionable practices. Violation Tracker documents prior penalties totaling some $11 billion going back to 2000 for offense such as mortgage abuses, toxic securities abuses, and discriminatory practices.

Sometimes the prior offense is indistinguishable from the current one. In 2005, a decade before it was revealed to be engaged in a massive scheme to deceive regulators about emissions levels, Volkswagen was compelled to pay a fine of $1.1 million and spend $26 million on a recall to settle allegations that it failed to correct a defective pollution-control sensor.

Of the 2,800 companies in the Violation Tracker universe, more than 80 were penalized for something or other by federal agencies or the Justice Department every year from 2000 through 2016. The company that has the dubious distinction of leading by this measure is oil giant BP, which has paid out an average of some $1.6 billion in fines and settlements each year during the 17-year period.

While they may not have gotten penalized every single year, there are hundreds of other parent companies that have been penalized in multiple years, and in many cases multiple times in a given year. In other words, just about every large company is a recidivist.

Who knows: maybe regulators and prosecutors will start consulting Violation Tracker to identify prior bad acts and take them into account when deciding how to penalize companies for their current sins.