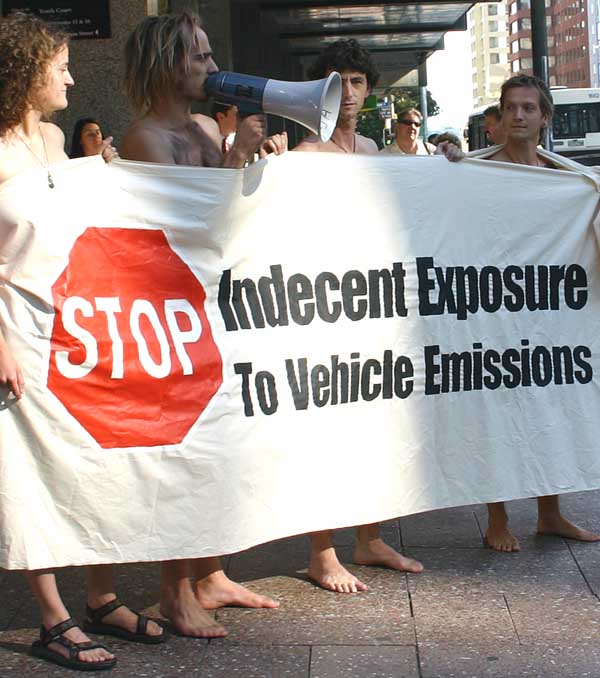 Big business would have us believe that it is on the side of the angels when it comes to the Paris climate agreement. A group of large companies just published full-page ads in the New York Times and Wall Street Journal urging (unsuccessfully, it turned out) President Trump to remain in the accord.

Not included in the list of blue chip signatories were the big auto producers, which may reflect the realization among those companies that it is becoming increasingly difficult for them to present themselves as defenders of the environment.

On the contrary, recent developments could cause them to be regarded as among the worst environmental criminals. That’s because evidence is growing that the kind of emissions cheating associated with Volkswagen is more pervasive in the industry.

Recently, the Justice Department, acting on behalf of the Environmental Protection Agency, filed a civil complaint against Fiat Chrysler alleging that the company produced more than 100,000 diesel vehicles with systems designed to evade federal emission standards. As a result, those vehicles end up producing pollutants (especially oxides of nitrogen or NOx) well above the acceptable levels set by EPA. In its announcement of the case, DOJ noted: “NOx pollution contributes to the formation of harmful smog and soot, exposure to which is linked to a number of respiratory- and cardiovascular-related health effects as well as premature death.” This is a polite way of accusing the company of homicide.

Around the same time, a class action lawsuit was filed against General Motors accusing the company of programming some of its heavy-duty pickup trucks to cheat on diesel emissions tests.

The two companies are responding differently. GM is denying the allegations, calling them “baseless” and vowing to defend itself “vigorously.” Fiat Chrysler tried to ward off the federal lawsuit by promising to modify the vehicles. It expressed disappointment at the DOJ filing but is still vowing to work with regulators to resolve the issue. Fiat Chrysler is also maintaining that its systems are different from those used by Volkswagen, which has had to pay out billions in settlements and criminal fines; several of its executives are facing individual criminal charges.

Whether the response involves stonewalling, remediation or splitting hairs, the emergence of these new cases turns the emissions scandal from one involving a single rogue corporation to a pattern of misconduct that may turn out to be standard practice throughout the auto sector.

This in turn raises broader issues about deregulation. The Trump Administration and its Republican allies in Congress try to depict corporations as helpless victims of regulatory overreach in need of relief. What the widening emissions scandal shows is that large companies are often instead flagrantly violating the rules and in doing so are putting public health at risk. Rather than relaxing regulation, policymakers should be intensifying oversight to make it harder for cheating to occur.

The car industry would be a good place to start. Misconduct among automakers dates back decades. It was GM’s resistance to safety improvements that inspired Ralph Nader to launch the modern public interest movement in the 1960’s, and it was Ford’s negligence in the deadly Pinto scandal of the 1970s that gave new meaning to corporate greed and irresponsibility. It’s time for these companies to clean up their act once and for all.