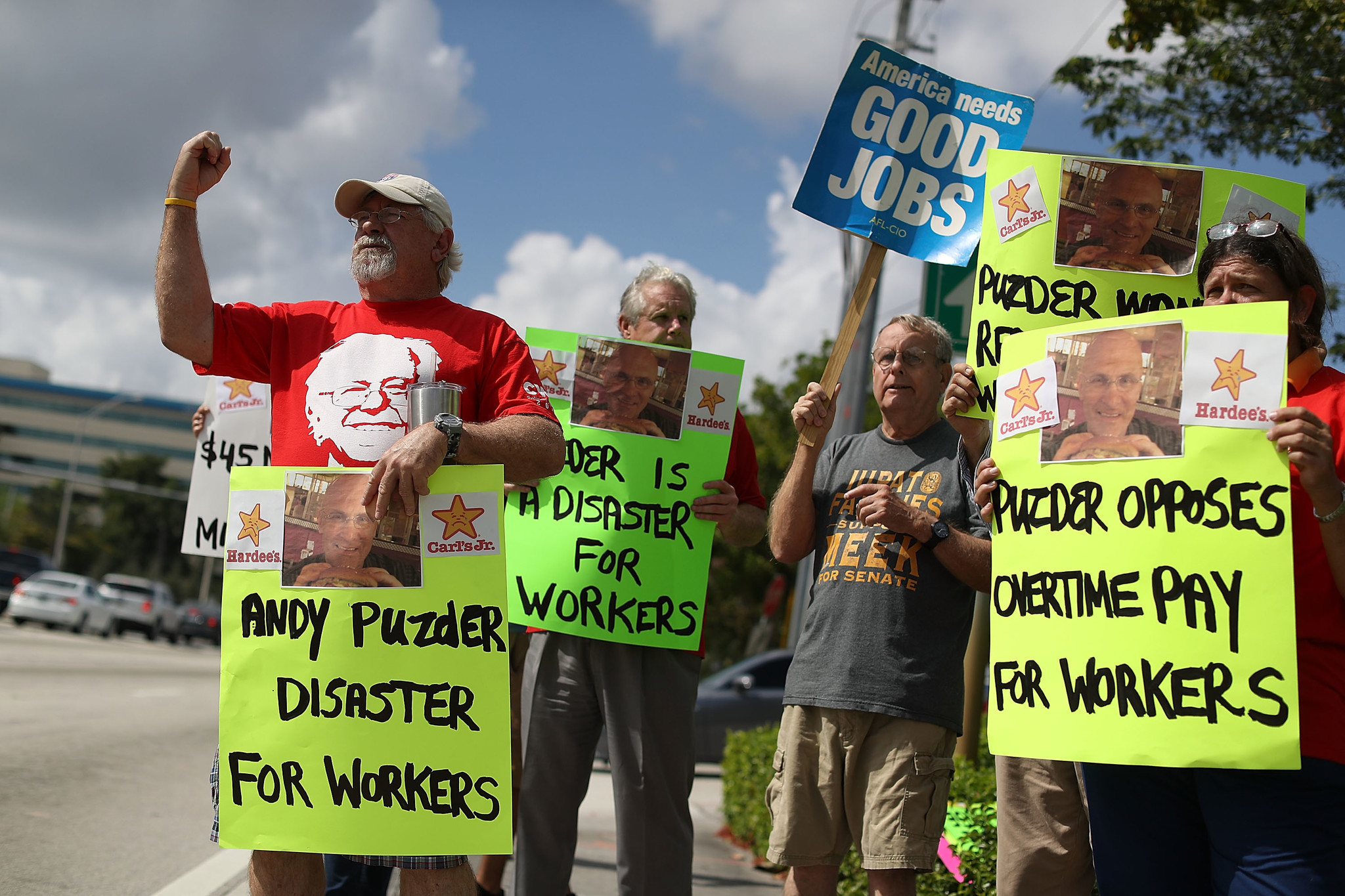 Trump’s scandal-ridden choice for Labor Secretary, Andrew Puzder, is yet another of this administration’s nominees who don’t believe in the mission of the agency they intend to lead.

The website through which he is promoting his nomination is headlined: “Job creation is what I stand for.” That’s fine but it has little to do with the primary purpose of the Department of Labor: worker protection. The rest of that website, which has nothing to say about that purpose, instead clearly signals that Puzder will seek to weaken or dismantle the regulations DOL is supposed to enforce.

We can expect that will include rollbacks in protections relating to occupational safety and wage theft, but in light of the current debates on discrimination, it is worth remembering that DOL is also home to the Office of Federal Contract Compliance Programs (OFCCP), the agency charged with fighting racial and other forms of bias in the workplaces of companies doing business with Uncle Sam.

OFCCP has long been targeted by the regulation-bashers, and now there are reports that an effort to abolish the agency that began during the Reagan Administration may get revived. This would go along with the move to reverse the Obama Administration executive order on Fair Pay and Safe Workplaces.

I’ve been thinking about the OFCCP because it is one of the agencies (along with the Equal Employment Opportunity Commission) included in an expansion of Violation Tracker that my colleagues and I will release soon. We’ll be including entries for the more than 200 cases OFCCP has resolved since the beginning of 2010. The companies involved, which together have paid fines or settlements of about $51 million, include well-known firms such as Tyson Foods (six cases), FedEx, Cargill, Bank of America, General Electric and Comcast.

In the case with the biggest settlement amount, FedEx had to pay $3 million in 2012 to settle allegations that  it engaged in discrimination on the bases of sex, race and/or national origin against specific groups identified at 23 facilities in 15 states.

The OFCCP has been showing a growing interest in the practices of high-tech companies. Last year it got Hewlett Packard Enterprise to pay $750,000 to settle allegations of racial discrimination in hiring at a facility in Arkansas. In the closing days of the Obama Administration, the OFCCP brought suit against Oracle for discriminatory practices shortly after it filed an action against Google for refusing to provide compensation data for its Silicon Valley headquarters during what the agency called a routine compliance evaluation.

Google is among the scores of high-tech companies that have come out in opposition to Trump’s travel ban. That is laudable, but if these companies are serious about their opposition to discrimination they should also make sure they are in compliance with the OFCCP and speak out just as forcefully against any effort to undermine the agency.

Note: A state court in California just postponed until June the starting date of a trial in a case in which Puzder’s company CKE Restaurants is accused of age and disability discrimination.